Wrestling belongs to the group of sports disciplines with complex movement activities in which an essential role is played by coordination motor abilities (CMA). A high level of coordination improvement since the earliest years positively influences the process of learning new movements as well as enables to make a more effective use of technical and tactical skills during a sports fight. Therefore, the formation of coordination abilities since the earliest years isthe condition of training young wrestlers effectively .The aim of this study was to show the influence of coordination training on the changes in coordination motor abilities (CMA) in Greco-Roman wrestlers aged 13—14. Boys practising Greco-Roman wrestling (n = 32) in the Student Sports Club UKS “Dwójka” in Radom took part in the research. They were divided into two groups that were at the same sports level: the experimental one (n = 16) and the control one (n = 16). As for those groups, no significant differences concerning somatic features (body mass, height and slenderness indices) were noticed at the beginning and at the end of the experiment, which excluded the influence of puberty on the obtained experiment results. Seven CMA (kinesthetic differentiation, rhythmization, time-space orientation, movement combining, motor adjustment, speed of reaction, balance) were evaluated on the basis of 14 indices. For that reason sports-motor tests of various authors were applied. The tests were first checked in the context of reliability and accuracy. The basic research method was a six-month pedagogical experiment. It involved implementing a larger number of means of different coordination complexity (low, medium, high) in the training of the experimental group. The control group took part only in the classical wrestling training. The experiment included 84 training sessions. The applied means equally influenced all examined coordination abilities. The total volume of such exercises in the whole experiment was 180 minutes per each examined ability. Moreover, special coordination exercises in the form of circuit training as well as coordination wrestling games and plays were applied once a week. The total work volume in both groups was the same. It was observed that sportsmen undergoing coordination training obtained higher values of the examined indices
of CMA than those from the control group (p < 0.05). The highest significant increase was noted in the case of
rhythmization, maintaining body balance and motor adjustment. The increase ranged from 12.6% to 27.5%. The lowest increase was noticed in the case of movement combining, kinesthetic differentiation and time-space orientation. In this case the increase ranged between 4.7% and 7.3%. Statistically significant differences in CMA between theexperimental and the control group were observed after the experiment (p < 0.05). The obtained research results make it possible to draw the following conclusions: 1. The increase in the volume of varied complexity coordination exercises in the training of wrestlers contributed to a considerable improvement in the level of CMA, i. e. by 11.4% on average, whereas in the group performing traditional training the improvement was only by 3%. 2. The gain score of coordination abilities in wrestlers aged 13—14 was the biggest in the case of the following CMA: rhythmization (19.1%), body balance (17.3%), motor adjustment (15.1%) and speed of reaction (11.3%). The smallest gain score was noticed in movement combining (4.7%), kinesthetic differentiation (4.9%) and time-space orientation (7.1%). 3. After the experiment there occurred significant differences in the level of most indices of CMA in the experimental and control group, which shows that there may exist considerable reserves in the area of CMA. Autonomous coordination training ought to become an essential part of the process of training in wrestling. 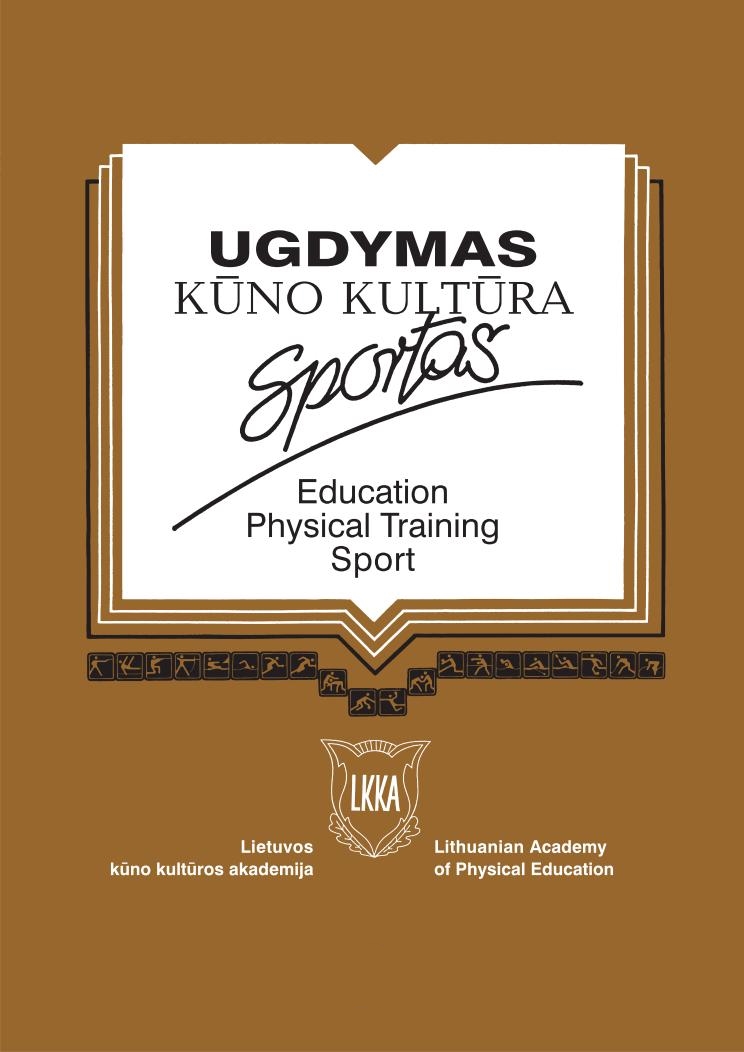