Research background and hypothesis. In rowing, not enough attention is paid to the peculiarities of distance
pacing and race tactics. At the same time the annually increasing boat speeds and closeness among the results of
the world and the European championship winners, the race tactics can be of decisive importance. Although many
scientific articles on Lithuanian rowing have already been published, there are not enough scientific studies on the
peculiarities of distance pacing of Lithuanian rowers.
Research  aim  was  to  determine  the  peculiarities  of  distance  pacing  of  Lithuanian  rowers  at  the  European
championship 2012.
Research methods. The following study methods were used: literature review and competition records analysis.
In  accordance  with  the  technical  records  of  the  European  championship  2012  (http://www.worldrowing.com/
results/), the average speed in the distance and speed changes in different sections of 84 crews were analysed. The
peculiarities of distance pacing and tactics variants of the Lithuanian men single scull, double scull and women
single scull and the best European rowers were compared.
Research results. Lithuanian rowers were the fastest in the first 500 m section of the distance and applied 1–3
and 1–4 tactical variants. The speed changes at the European championship 2012 were 1.70–2.69%. At the European
championship 2012, the crews who took 4–6 th  places were more likely to exceed their average distance speed in the
first section of the distance than the crews who took places 1–3 (p < 0.05).
Discussion and conclusions. Speed changes in the distance of Lithuanian men single scull and double scull
rowers were one of the lowest and the average pace was the highest compared to the records of other finalists. The
speed changes in distance of women single scull rowers were among the highest while the average pace was the
lowest compared to the records of other Final A participants. Although Lithuanian women single scull rowers had
high speed changes in the distance and their rowing pace was low, high average speed in the whole distance allowed
them winning at the European championship. 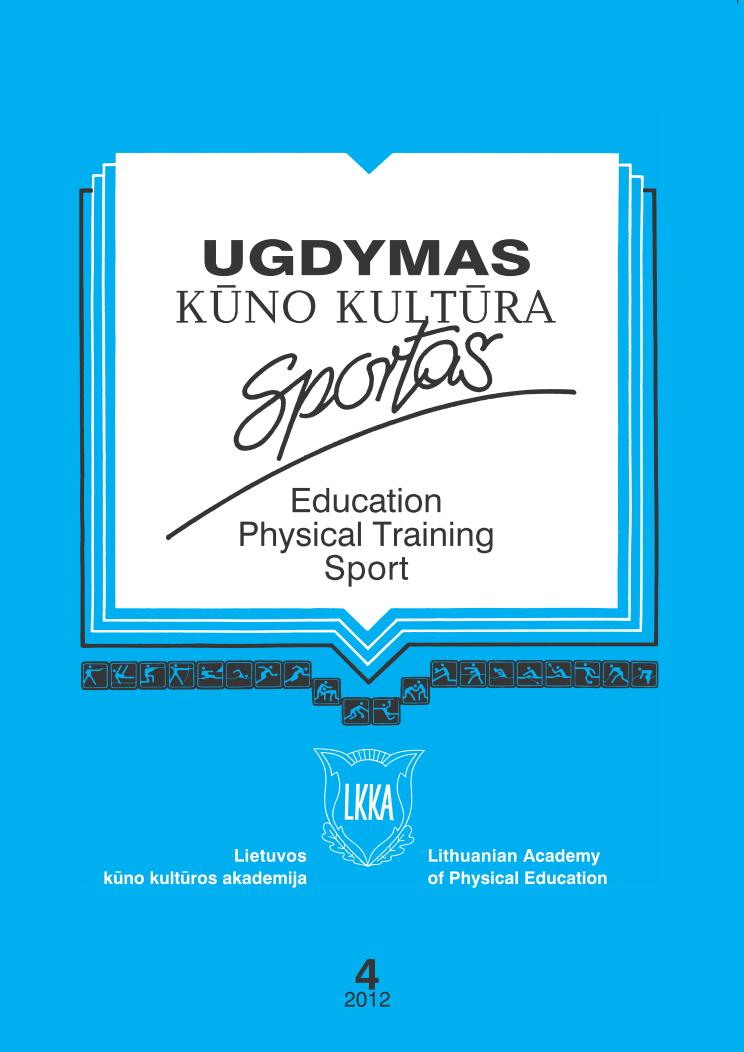