Research background and hypothesis. Research shows that significant numbers of children at school become
victims of aggression which manifests as bullying or harassment (Zaborskis, Vareikienė, 2008). Bullying at school
is associated with many long-term harmful physical, mental and social consequences for all involved in this process:
for aggressors, victims and those who are forced to watch bullying (Širvinskienė et al., 2008).
In Lithuania, the number of children who are bullied and children who bully is far greater than in other European
countries: approximately a third of 11–15 year-old Lithuanian schoolchildren become frequent victims of bullying
(Zaborskis et al., 2005). Bullying is defined as conscious threatening harassment or physical actions against a child
who is unable to defend himself/herself repeatedly by one child or a group of children (Širvinskienė et al., 2008).
This phenomenon involves a wide range of behaviours – from physical attacks to nicknaming and verbal abuse,
from ignorance to frightening looks, from individual attacks to group actions or anonymous messages (Zaborskis,
Vareikienė, 2008).
Research  aim  was  to  determine  the  relationship  between  self-confidence  and  bullying  among  Kaunas  City
athletes and non-athletes adolescents. The object of the research was the relationship between self-confidence and
bullying of adolescents.
Research  methods.  The  research  was  conducted  from  September,  2011  to  December,  2011.  It  included
schoolchildren from four schools in Kaunas city. The organization of the survey complied with the principles of
respondents’ informed consent and voluntary participation. Before completing the questionnaire, the respondents
were fully aware of the aims of the research and performance instructions.
Research results. It was found that the most commonly used forms of bullying were nicknaming, spread of
rumours and intimidation. Bullying usually took place in classrooms and school hallways. Most often the respondents
experienced bullying from their peers; however, they often bullied their peers themselves.
Discussion and conclusions. The higher the level of self-confidence, the less bullying manifested in respect
of both genders. Schoolchildren who did not go in for sports and demonstrated high levels of self-confidence were
bullied less often. The higher the level of self-confidence of boys and girls, the less frequent bullying occurred. 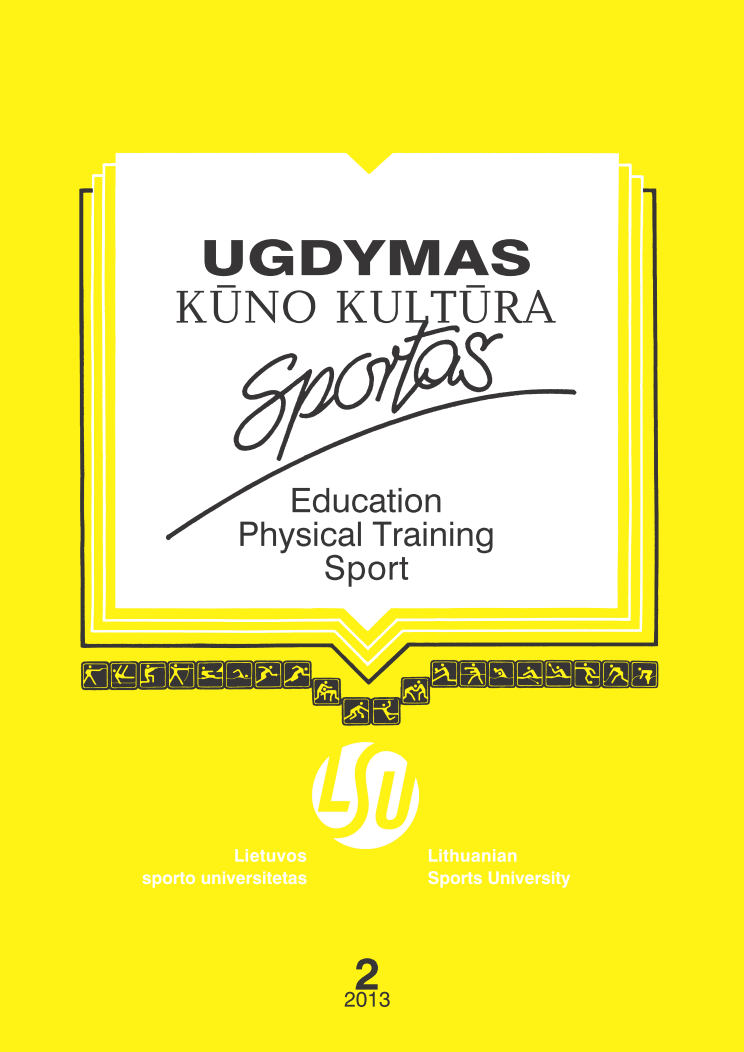